Michael Foley has been an artist and musician for as long as he can remember. The son of a WWII veteran whom he never knew, it was his mother’s love of the arts that shaped his early artistic impulses. She was also Michael’s first voice teacher. His older brother John, gave him his first guitar when he was 13 years old. Michael had taken piano lessons as an adolescent but it was the guitar that stuck. Although he’d sung in choirs since he was 6 years old, it was Ray Charles and Jackie Wilson who made Foley want to be a professional. In high school Foley was chosen to become a member of the Madrigal Singers, an award winning acappella choir. Foley’s replacement in the choir was Billy Joel. 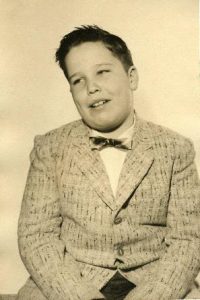 Joan Baez was his first inspiration on the guitar. After seeing Baez and a young Bob Dylan in concert, Foley started writing songs in earnest. He joined the folk group The Down and Out String Band but soon started performing solo. His first show was opening up for the Greenbriar Boys.

Once he heard Howlin’ Wolf and Muddy Waters, Foley started playing the electric guitar. He played guitar and sang in bands that covered R&B and Soul singers like James Brown and Otis Redding but by 1966 Foley returned to folk music and joined the folk rock revolution. He wrote and recorded “Hey You” and “I’m Lookin’ For You Baby”, a 45rpm record for Goal Records. The second song was banned from the radio for it’s controversial lyrics. His first road trip was a series of television appearances with The Unloved, a band with a song in the top ten. In 1968 he performed solo to thousands at the Kensico Dam Folk Festival in New York. During this time, Foley was studying painting and drawing at the New York Institute of technology and the Art students league. In 1970 he left school and moved to California where he formed the pioneering underground band Life On Earth with childhood pal Peter Swanson. LOE gigged everywhere, Golden Gate Park, hot clubs like the New Orleans House and the Keystone Korner, schools like the San Francisco Art Institute and Stanford, even Lompoc Federal Penitentiary.

By 1978 Life On Earth shed it’s psychedelic persona and morphed into RPM, a hard edge proto-punk band. In 1980, Foley left the band and moved to Los Angeles where he continued to write songs including “Love Ain’t Kind”, a track on the “Fear and Forgiveness” CD. After moving to New York for a short stay, he returned to California in the fall of 1980 and became a member of the Oakland Symphony Chorus under the direction of Calvin Simmons. While he was appearing with the symphony, Foley began appearing at the Country Palace in Concord, California and at other Country nightclubs.

Following Simmons untimely death in 1981, Foley left the symphony and started to play and write Country Music full time. Beginning in 1984 he performed as the lead guitar player and singer with the Legendary Ambush Country Band, opening for country stars like George Strait, Johnny Paycheck, and Sawyer Brown. The band worked constantly at festivals, private events and clubs. Eventually Foley started playing six nights a week with the Gardenaires. That lasted for almost two years, followed by another long house gig with the Mighty Night Flyers at DeMarco’s 23 Club in Brisbane and The Grateful Beatles at the Last Day Saloon in San Francisco. For the next few years he became a hired gun, playing all over Northern California with literally dozens of bands large and small. He sat in with the Byrds at a music festival in Sacramento and backed Gene Clark for a performance in Saratoga.

In 1991, Foley decided to go back to school and finish the Bachelor of Fine Art degree he began in 1966. He kept playing gigs and writing songs. In 1993 he studied calligraphy and Chinese painting at the Zhiejiang Academy of Fine Arts in China and by 1996, completed his Master of Fine Art degree at the San Francisco Art Institute. He taught painting and drawing there after graduation. His paintings are in private collections around the country and have been in museums and galleries in New York, Los Angeles, and throughout the United States.

In 1999 he married his long time girl friend Judy. The same year he recorded a solo acoustic CD entitled “Unpainted” accompanied by then Waybacks guitarist Glenn Houston. In 2000 he and his oldest son, producer Emmet Foley, recorded their first project together, a mix of Hip Hop beats and guitar improvisations called “Simulacra, the Michaelangelo Project”. Ultimately, that collaboration led to the release of the 2005 CD “Fear and Forgiveness” a collection of songs written and performed by Foley backed by a band of Bay Area music luminaries.

In 2005 Foley sustained what would be a life changing, and ultimately,  career ending injury. At the time Foley had been teaching voice at the University of California, Berkeley, as well as teaching painting and drawing at the San Francisco Art Institute.

While Foley has continued to paint and work on musical projects he stopped photographing his work in 2006.

Currently, he is in conversation with several galleries about returning to  exhibiting his paintings. While he no longer teaches at public institutions, he does occasionally accept guitar and voice students at his studio in Pacifica.